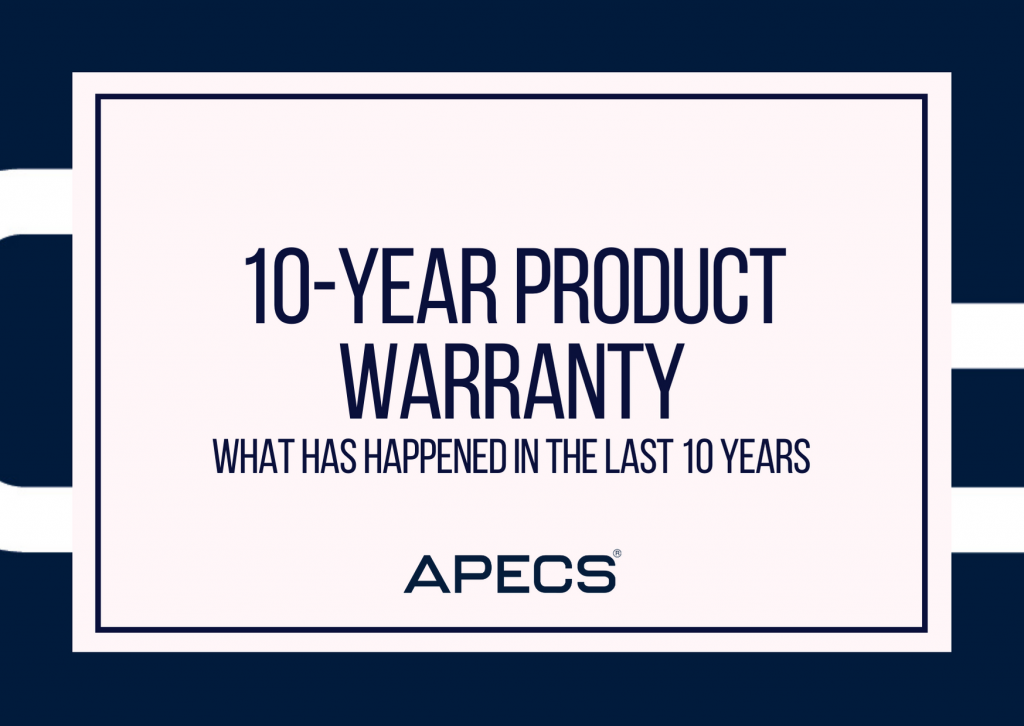 Here at APECS, we manufacture high-quality products that have been built to last. Quality and security at the forefront of everything that we do and that means manufacturing a product that will stand the test of time and continue to perform for many years after it has been installed.

With our APECS AP 3*, Sold Secure Diamond Grade euro cylinder, we are so confident in the quality of the product that we offer a 10-year warranty to customers. This means that you can install, what is already one of the highest security cylinders on the market, safe in the knowledge that it will last for many years.

When it comes to product warranty, 10 years is a long time, and to show you how long the product warranty lasts, here are some things that you may have forgotten took place in the past 10 years!

Airbnb is pretty much a household name now, synonymous with people looking for cheap holiday rentals or short-term lets, but it was only 10 years ago that the company launched operations in the UK.

Back in 2011, the country was enthralled in watching one of the grandest weddings in our lifetimes as Prince William and Catherine Middleton tied the knot in front of a TV audience of almost 23 million. Since then the couple has gone on to have three children!

A decade after the 9/11 attacks in New York City, U.S. Forces killed the most wanted terrorist in the world – Osama bin Laden. The raid took place at a hidden compound in Abbottabad, Pakistan, where the notorious al-Qaeda leader was in hiding.

Interestingly, the mission was almost aborted as one of the Stealth Black Hawk helicopters crashed before arriving at the compound but there were miraculously no injuries!

September 2012 – The Miracle at Medinah

Tiger Woods missed his putt on the final hole to see the European team pick up a stunning 14 ½ - 13 ½ victory!

On December 21st 2012, many people thought that the world was going to end due to the Mayan calendar predicting that it would. Of course, it did not end!

It may seem like a lifetime ago, but it was the summer of 2012 when the UK hosted The Olympic Games. An epic opening ceremony directed by Danny Boyle included appearances by the Queen - who faked jumping out of a helicopter with James Bond - as well as Rowan Atkinson and JK Rowling. The Games also marked British athletes' best performance in an Olympics for 108 years!

After the planking craze of 2011, we then had The Harlem Shake craze of 2013 as people all over social media were taking part in this viral dance phenomenon. The videos got more and more ridiculous with crazy outfits and wild stunts going on!

Back in February 2015, the world was divided by the colour of a dress! For weeks people argued over whether the dress was black and blue or white and gold, with celebrities and scientists from all over the world even weighing in on the topic!

In May 2016, Leicester City caused one of the biggest shocks in football history by winning the Premier League. Having narrowly avoided relegation in the previous year, The Foxes started the season with odds of 5000-1 to win the league but shocked the sporting world by romping to victory with Jamie Vardy scoring goals for fun along the way.

Following his brother’s wedding six years previous, in November 2017 Prince Harry proposed to his girlfriend, Meghan Markle, with the pair getting married the following year.

As you can see, we’ve had a lot of things happen in the lifetime of an APECS AP product warranty including two Royal Weddings, Royal babies, countless internet phenomena, sporting miracles, and much, much more!