What can we say about March? It’s been a crazy and challenging month around the globe. First of all, we want to wish the best of health to everyone and their families and encourage you all to listen to government guidelines to protect yourselves and others.

March started off very busy in the APECS office, building our plans for the second quarter of 2020. We did put world domination to one side at the start of March to take a team day out though, with afternoon tea and go-karting bringing some great entertainment for the team.

Go-karting was an incredibly close affair with David beating out Nik for the fastest lap time by just five hundredths of a second (0.05s!). It won’t be long until we’re out on the track causing Lewis Hamilton some problems at this rate!

Check out a little snippet of Natasha “racing” below!

David and Natasha headed up to the Balls2Marketing PIGS event in Manchester in mid-March and had a great evening networking. The event was something which we’d heard a lot of praise for from various companies in the industry and it gave us a great chance to head up to Manchester and see some familiar faces as well as meet some new ones.

Overall, the event was a great success and a fantastic evening was had by all. We’d like to thank the Balls2Marketing team for all their hard work in putting on such a useful and enjoyable event. We’ll certainly be coming back again! 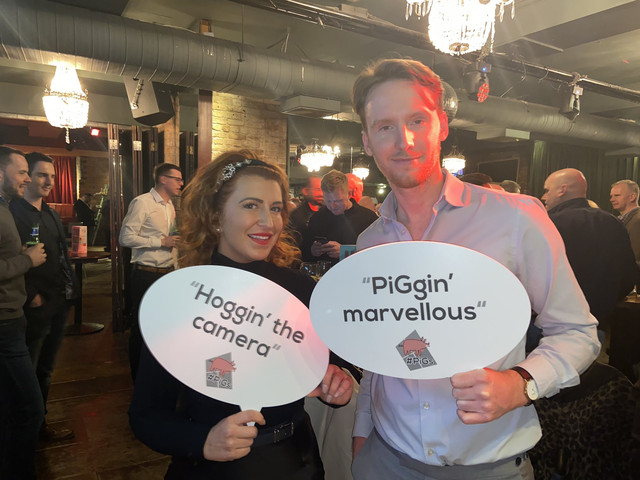 Product of the Month

Our product of the month for March is the PDZ Alarmed Padlock.

The APECS PDZ is a battery-powered padlock with a built-in 110Db siren, meaning it provides fantastic protection as well as a deterrent to scare thieves away. The PDZ detects shock motion — if the body or shackle are attacked, the siren is activated until manipulations are stopped. The zinc alloy body and heat processed hardened steel shackle ensure it is resilient to cutting and provides corrosion resistance.

The padlock is extensively used for vehicles, tool boxes, garden sheds, warehouses and more. You can also disable the alarm on the PDZ if you wish to use it as a standard padlock.

For more information about the PDZ Alarmed Padlock, head over to the product page by clicking here or you can contact Natasha at natasha@apecs.co.uk or by calling the office on 02073499888. 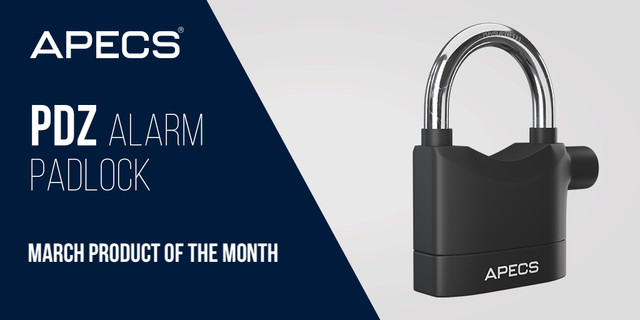